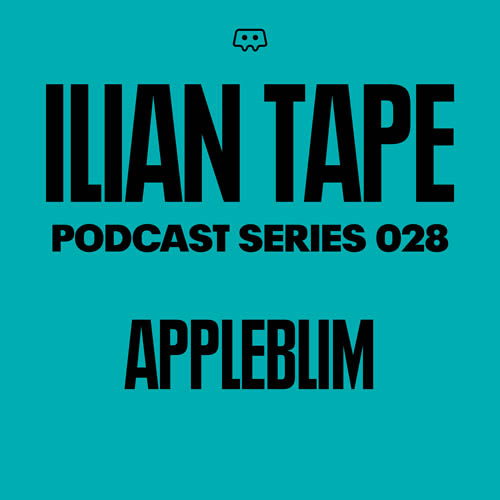 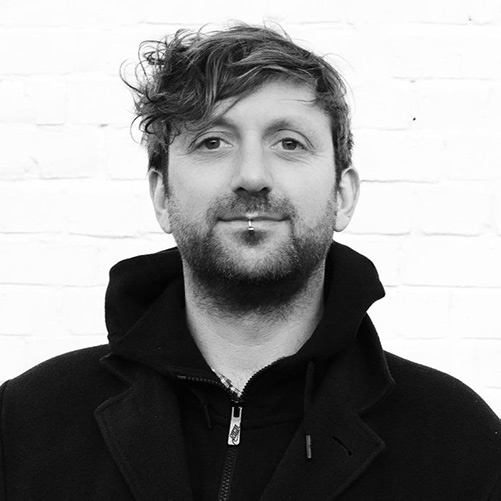 Appleblim has been releasing records for more than a decade. He ran the label Skull Disco together with Shackleton, his own label Apple Pips and is responsible for some boundary stretching cuts. Enjoy his mix!

Hello Laurence how are you and what have you been up to recently?

Hey! I am all good thanks! I have been head down in tunes for the last week or so. Working through old projects pulling things out, and trying to get serious with finishing things…it’s a strange mindstate as any musician or indeed any human can relate to I think! Trying to split your brain between caring so much for what you do, wondering if it’s any good, but then holding back so you don’t overthink…a weird psychological balancing act…

I went to Superbooth (modular synth expo) last week with my old mucker Shackleton which was an eye-opener, and also I got to see Shack play at Radialsystems in Berlin – fantastic trance-inducing stuff as always…

You were born in Derby, but moved around the UK quite a bit. Nowadays you live in Berlin. Why did you leave the UK and what made you move to Berlin? How would you describe the city and music scene there at the moment?

A combination of naff personal stuff and Brexit inspired the move…London was feeling very cold and unwelcoming at the time, post Brexit nonsense, although having been back recently I can see how it was my perception and mindstate that was most affecting things too..undoubtably UK government has been trying to force people to think differently about inclusiveness and helping strangers since Brexit, but in actual fact it takes a lot to undermine people in London especially Hackney, where I have spent most of my life. It has so many generations of people used to different cultures and no matter how hard government and corporations try to destroy that, the people I come across generally are resilient against petty racism and prejudice. Although this is only my experience, it may be different for others.

Berlin I really am only just getting to know, having been lucky to play at Berghain a lot back in the day at the Substance parties thrown by Scuba and Paul Fowler I fell in love with the club scene here. My fave spots are Abuot:Blank and Greissmuhle, where a free party/squat vibe is married to decent sound and interesting DJs. I have barely scratched the surface though, so can claim no authority on the scene as a whole. I just dip into it, and really my focus is on finished music at the moment, so i tend not to go out a great deal unless I am playing or a friend is.

People with no self-awareness. I overthink everything, and am generally a socially anxious and awkward type, so I guess I dislike people who overthink nothing!

I love reading, and have been switching between Infinite Jest by David Foster Wallace, which is an extremely frustrating book, containing some total waffle and some absolutely killer writing…a fascinating book on the history of recorded sound called ‚Perfecting Sound Forever by Greg MiIlner which is an really entertaining study of how microphones, recording devices and playback systems have affected culture….AMAZING. Also I have been reading Edgar Allen Poe’s horror stories, I am a fan of the Hammer Horror films that remade some of his classics, but the original stories are something else entirely – I dare anyone to read the first few pages of The Pit And The Pendulum and not be scared witless! I actually had to stop reading it on a crowded train because it was too much!

Anything coming up you want to share with us? Any shout-outs or final statements

Lots! My debut album is finally out this week on Sneaker Social Club (big shout to Jamie for having faith in me!), I have a single on a label from Abu Dhabi called Boogie Box with Forest Drive West and Shed remixes out very soon (and a follow up EP later in the year with more original tracks and remixes), a remix for Raf Daddy of The 2 Bears, a remix of Pinch, a remix of Moodymanc (please note the ‚c‘!) and William Welt, and some secret bizniss that peeps will just have to discover…I’ve got Album 2 in draft form right now, so I just have to stop eating dahl, doing emails, and get back in there and finish it!

And thanks very much to you guys for the opportunity to this mix – I hope people find some vibes in it! It’s a mix of old and new discoveries, broken and experimental, and more classic sounds, with a dash of Amen smashers at the end!