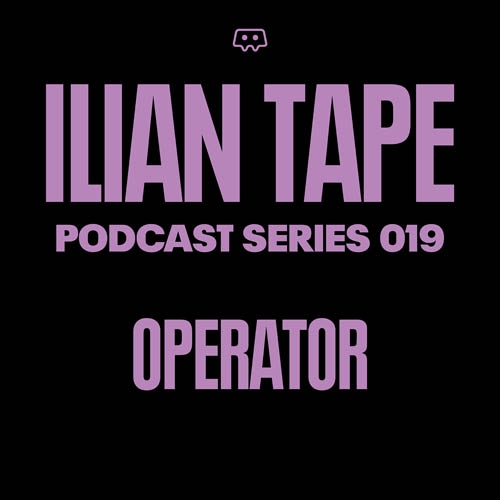 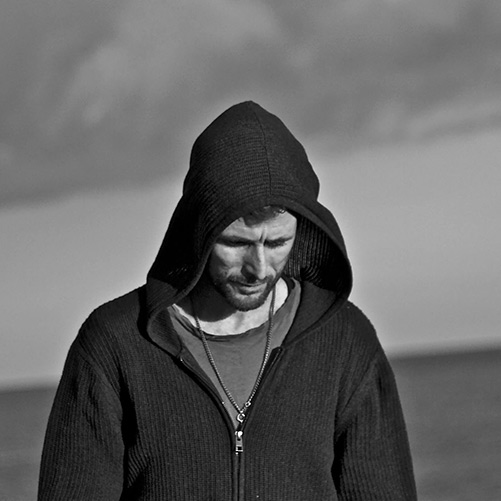 Next up in our podcast series is Rich Jones aka Operator. He released some dope records on his own label Gnosis Records and recently joined the always interesting Singular Records, the label run by Marcelus. Enjoy!

Hello Rich how are you and what have you been up to recently?

Hey, I’m very well thanks, looking forward to Spring. Thanks for having me on the Podcast guys!

I’ve just been working hard on music, experimenting with new sounds and bits of kit, and endlessly fiddling with near finished tracks – usual studio geek stuff. Been trying to finish a bunch of tracks for some labels, but I get OTT perfectionist towards the end with my mixes – probably my least favourite part of the process. So yeah, been scratching my head, fiddling with my mixes to get them ‚perfect‘. I look forward to that being all out of the way so I can start jamming with the machines again – my favourite part of the process 🙂

You live in Portsmouth. How would you describe the city and how is the music scene there?

It’s cool…the area I live in, Southsea, is quite a hub for creative types, there’s lots of quirky, cool places to eat and hangout, and we’re right on the beach, which, despite what people might think, can actually be really nice in the summer! I love to pop down there for a swim before a studio session when the weather’s hot. Only a 15min drive to go walking in the South Downs National Park, too, which is stunningly beautiful. Zoning out on a long walk in the country is one of my favourite things to do, and is super therapeutic when you’re burnt out.

There is great history of techno with this city – you had the legendary Gueshky night running for a long while. They hosted many legends back in the 90s and early 00’s (Chris Liebing played here, and made that classic track ‚Pothead in Portsmouth‘). Luke Slater hails from here. You have lots of talented DJ’s and a handful of good producers too (shout outs to the legend that is Aubrey), but the scene struggles because of local licensing laws – getting a party to go on past 2am here is difficult, and it’s a small, condensed city so there are not many venues where you can make a racket all night. So the scene these days is not as good as it used to be, but there are a large bunch of local heads, DJs & promoters always trying to keep the spirit alive. Maybe it’ll grow back to how it was in the late 90s/early 00’s yet, we will see.

Which track or record has inspired you lately?

I found an old weirdly melodic, tribally techno roller by Chris McCormack a few weeks back called ‚Plain Song‘. Was a B side on an ep I never picked up back in the day. Quality track. Shows techno definitely comes in cycles, because it’s like the modern sound, but more effortless as it was new back then. It’s all warm, fuzzy drums and hypnotic layers. Picked up a badass old Regis track as well I’d somehow missed before – ‚The Right Side of Reason‘. Dunno how I missed that. It’s fucking awesome. I like dense, hypnotic, percussive stuff…

For some reason I got really into early 80s jazz funk through this winter, after digging deeper into the track lists of some of Dam Funk’s mixes (dude is a proper ’selector‘). Definitely gonna be collecting some of that stuff on vinyl (discogs, here I come) when I’ve got some spare cash. And other than that I’m always listening to weird stuff for inspiration, usually from the 80s or 90s – old hip-hop, ambient, filmscores, video- game music, all sorts.

To be honest, I have an insanely annoying health condition called Eczema, and a whole bunch of food allergies that go with it (yeah I’m one of those freaks). It flairs up every autumn, and winter, and it can drive me totally nuts. This winter it’s been really bad for some reason. It makes me super down and withdrawn, so that’s my main annoyance of late, if not in general.

It’s one of those things I don’t think people get how crazy stressful it is to have when it’s bad. And finding food to eat is just depressing. Woe is me!

But, looking back, it’s actually helped with my music overall – it’s why I get so much time in the studio, because I stay in more when it’s severe, and lose myself in creating stuff….and the emotional upheavals that come with it help ‚clean‘ the doors of perception, allowing creativity to flow fully. It’s like it humbles me or something, and that’s important for creativity – not too much ego getting in the way, kinda thing. I try to be philosophical about it.

And, other than that, the rise of numbskull, right-wing rhetoric in the West again has been pissing me off too. I’d like to think humanity could get beyond all that stuff one day – in fact I do believe we will, it just sucks it’ll probably after we’re all long gone!

Nature, philosophy, utopian dreaming, the ocean (nearly went into marine biology earlier in my life), the prospect of VR coming up, film, sci-fi and space, video games, drawing, playing football, and chillin‘ with my lovely girlfriend and mates. And less pretentious sounding things, like, er, butt jokes. Butts can be funny. And quite exciting too, you know?

I’m hoping to take Operator out on the road this year, and just started with a new agent, so we’ll see what happens. Got some good stuff bubbling with releases, but I won’t mention any details of that as it’s not quite set in stone yet. I’ve had ‚Flat Rotation Curves‘ licensed to the latest Fabric mix cd, so that’s a bit of a milestone for me, as Fabric obviously looms large in this scene, especially in the UK. Other than that, I’m throwing a party for my label, Gnosis Records, in Portsmouth on the 5th of March with Chris Colburn and my Brother Chris (Sejon), who’s on the label, so that’s gonna be fun. And got EP04 for Gnosis in the works too, which will appear on wax hopefully later this year.

Want to make a shout out to you guys too, and what you’re doing with Ilian Tape, sticking to your guns and keeping it real!! Hope people enjoy the mix, peace!